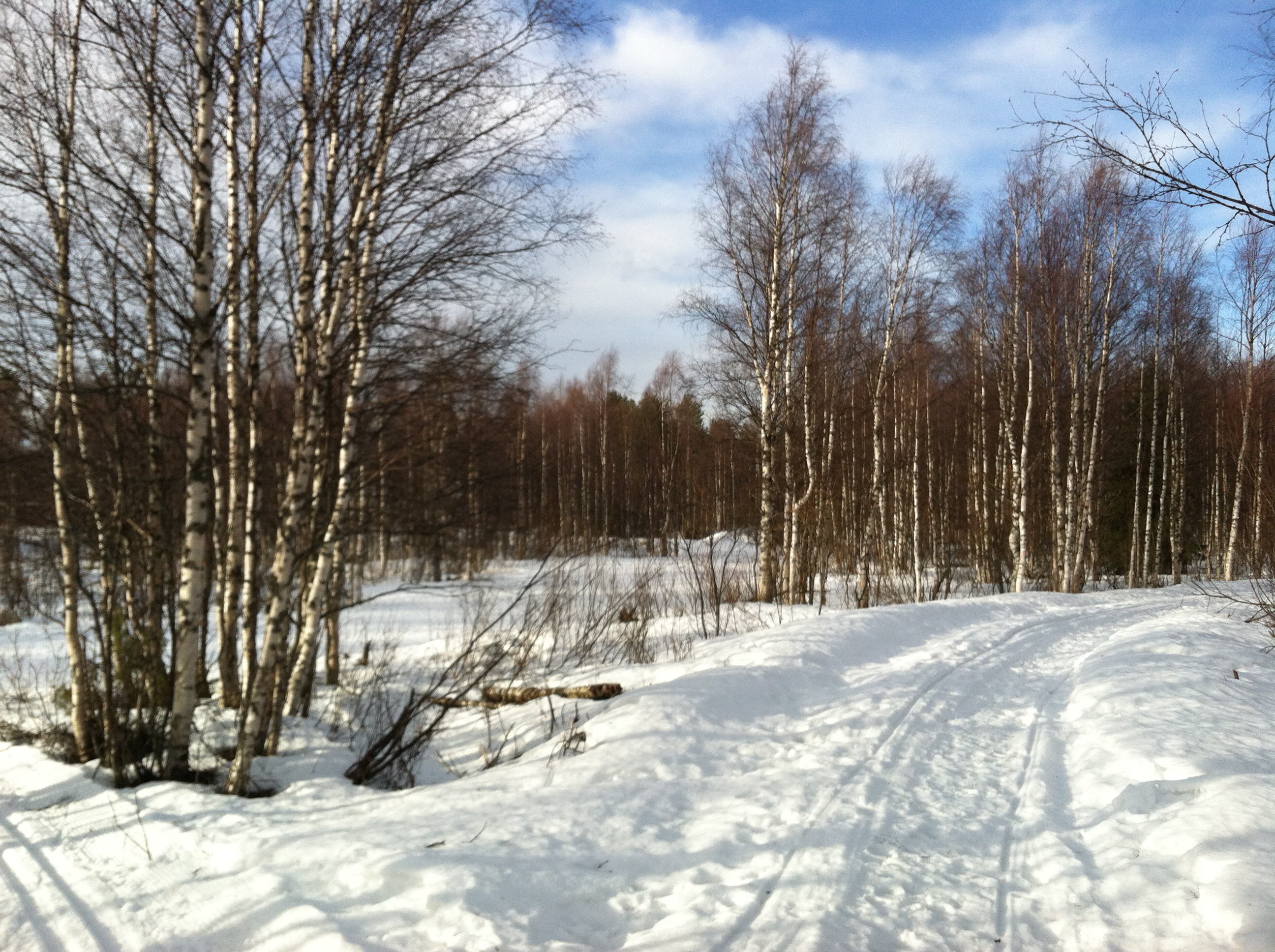 I’m not one to make a big deal out of my birthday.  At least, not since I turned 18.  On my 40th birthday, for example, I bought a new vacuum cleaner.  That wasn’t a bad choice, given the circumstances.  But I decided I wanted to do something memorable for my 50th year.  I’ve always wanted to do a point to point x-country ski tour.  I couldn’t find anything in North America other than going to a lodge and exploring the nearby trails.  There are lots of back country, hut to hut ski trips, especially in Colorado, but that didn’t appeal to me either.  Been there, done that.  I searched and searched the internet, and found the Border to Border Ski Tour, 440 km of groomed classic ski tracks across Finland.  You ski supported for a total of seven days, from the border of Russia to the border of Sweden.  It takes place in northern Finland, close to the Arctic Circle.

I told my husband, we signed up, unsure of who was going to look after our children, our dog, or our jobs.   Then we more carefully examined the itinerary.  The average distance per day was about 60 km, the longest day being 90 km.  Wow! neither of us had ever skied that far in a day.  When and where did we have the luxury to do that?    It never crossed my mind that I might not be fit enough.

I live near Boulder Colorado, after all, one of the most athletically obsessed places on the planet.  In my opinion, there’s really not much to do in Colorado, other than exercise.  I stressed about my arm strength, I’m a mountain biker and a formerly competitive runner.  I have strong legs and lungs, not strong arms.   We were forewarned about epic days of double poling.

There were close to 100 people from many different nationalities on our tour.   Most of them were men (85%) and had names like Gunnar, Thor, Serge and Guido.  The majority were from Finland, of course.  There was a Swiss man who had skied Border to Border 23 times.  He must have been close to 80 years old.  When you arrive, the staff hand you a laminated card with your name, your nationality, and the number of times you have completed Border to Border.  My card was very boring.  It had my boring name, Julie Smith, my boring country and flag, and the number 1.  What I wished they had included on the cards was the age of the participant.  As you can see from the group picture, many of the participants were gray haired.

This was the warmest winter on record in Finland in over 100 years.   Ironically, the arctic current was on the east coast of North America, where I am originally from. In some ways this was a relief as I have heard tales of losing fingers and face to frost bite in 30 degrees below zero temperatures.  The ski conditions reminded me of skiing in southern Vermont in March, a mixture of  alternating soft slush and rock hard ice with many bare spots in between.

There were miles of frozen roads, skiing across pine needles, wood chips and pitch where cut trees were stacked, gravelly areas close to the roads and areas where your feet got soaking wet skiing across melting lakes and bogs.  It was certainly not the arctic, Christmas-like, experience we were anticipating.

There was a Father and son from Alaska who left early, they couldn’t tolerate the conditions.  I overheard a Brit arguing that these conditions would be considered “good” in Britain, that was the day it poured rain on us.  There were several sections of the trail we were unable to complete, because rivers, lakes and bogs weren’t frozen enough.

So there we were in Finland skiing 60 km a day.  If you had the right wax ( which meant klister, given the warmth and ice) and stayed focused it really wasn’t too bad.  If you dawdled and took pictures and fell behind, 60 km was endless.

The first few days we were sore.  We could barely lift our legs up the stairs.  If we wanted to sit cross legged in a chair we had to physically place one leg on top of the other.  The other non-Finns seemed to have similar complaints. It was true about the double poling.  There were some skiers who rarely moved their legs, they were dedicated double polers !

The last day, near the border of Sweden, we were unable to do any of the designated trail.  They took us to a ski resort and  gave us a 50 km route instead.  It felt like the flood gates had opened.  I think the participants were thankful to have decent tracks and an opportunity to strut their stuff.  It was a race to the finish!!  The whole trip was, in my opinion, a bit of a competition. It was hard to pass a Finn.  I had trouble keeping up with the 75 year old Finnish women.  I’m not sure if their speed was attributable to technique or sheer determination.  The Finns are a rare breed, that’s for sure.  On the last evening of our trip my husband sauned with four other Finns who ranted and raved about the inadequate sauna.  It was not hot enough for them, though my husband was quite comfortable for a change.  The Finns proceeded to pour lots of water on the rocks to try and heat up the sauna.  They eventually gave up, grunting and groaning, and proceeded to jump in the lake.

Overall, I would say this experience was quite humbling, I am not a good skier by Finnish standards.  Yet, it was also inspiring.  I can’t wait to turn 75 and go back and ski Border to Border again.  I guess my Swedish genes dominate!  For more information on the tour : http://rajaltarajallehiihto.ranua.fi/In-english/RR-info.