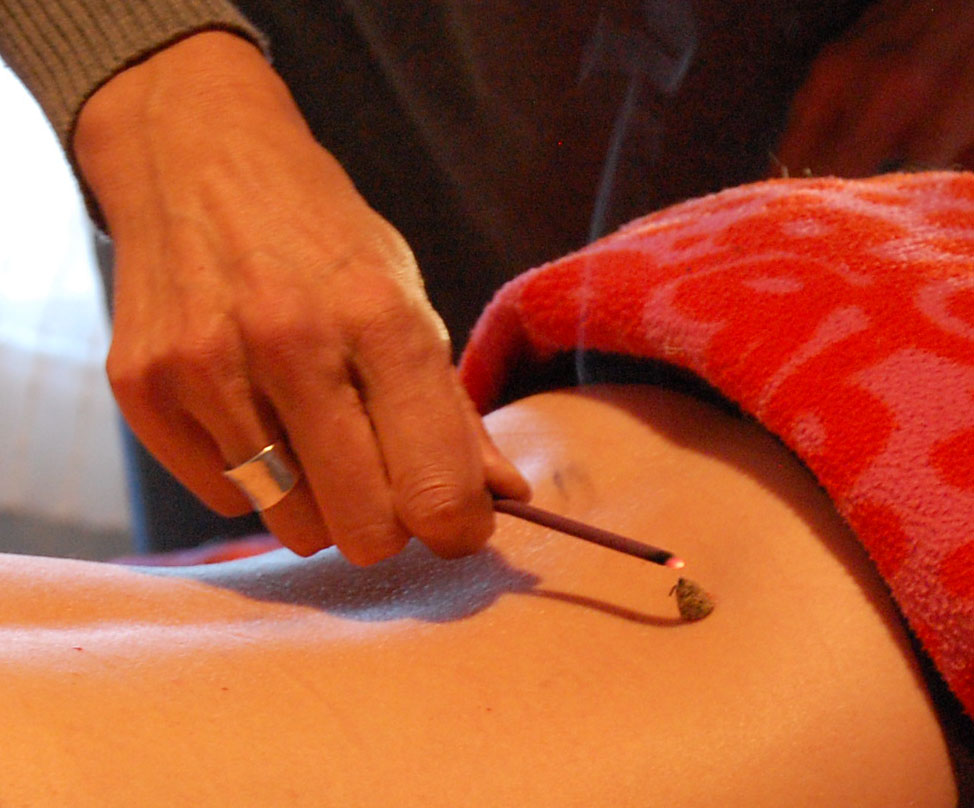 Julie Smith incorporates the use of moxibustion in most of her treatments. She has found that the moxibustion techniques she employs, when combined with acupuncture, increase the efficacy of her treatments by 50%. Many of her patients also enjoy the pleasant aroma associated with moxa.

What is Moxa? Moxa is a fluffy, cotton-like herb that is extracted from the pulverized stems of the Mugwort plant (Artemisia vulgaris). Practitioners burn it in various ways either on or close to the skin, typically at specific acupuncture points. Because Moxa contains magnesium, iron, calcium, adenine, choline, and various vitamins, among other things, it has many healing qualities. When practitioners burn it on acupuncture points, the minerals and vitamins are released into the bloodstream. Moxa is particularly useful for influencing our blood chemistry and in the treatment of pain.

What is the history of Moxa use? Moxibustion originated in the northern regions of China more than 10,000 years ago as a way to combat “wind cold,” which was thought to be the source of most diseases at the time. The Chinese introduced moxa to Japan more than 1000 years ago, and it gained popularity as Buddhist monks regularly utilized it. Over the centuries the Japanese refined the techniques. Today in Japan there are licensed moxibustionists. The practice is gradually coming back after years of neglect due to the growing influence of Western medicine.

What does moxIbustion have to do with acupuncture? Traditionally acupuncture and moxibustion were one concept. The Japanese consider moxibustion one form of therapy, calling it Shinkyu, which translates as, “Two strands of fiber that make up the same rope.” The character for acupuncture in Chinese 针灸 (zhenjiu) consists of two parts :  针“zhen” stands for needle and 灸“jiu” means moxa.